Ministry: Thumbs down to govt. bill 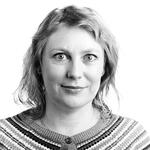 A government Bill that would restrict the movements of a man on tolerated residence to the Sandholm Camp, would be an infringement on his human rights according to a Justice Ministry statement to Parliament.

As a result, one of Denmark's Mohammed cartoonists Kurt Westergaard risks meeting the man that the Security and Intelligence Service claims laid plans to kill him.

A new response to Parliament from the ministry says that it would run contrary to human rights to prevent the man from visiting his Danish-born wife and their children at the Gellerup Park estate near Århus.

The risk that Westergaard could meet the man alleged to have laid plans to kill him was one of the reasons that the Danish People's Party forced the government to tighten rules on foreigners afforded tolerated residence in Denmark.