Lukas Graham, up close and personal

An American tour, a pregnancy, the rush from 80,000 people at Wembley - and an attack of backstage rage. Four normal months in Grammy nominee Lukas Graham's abnormal existence - photographed by his childhood friend. 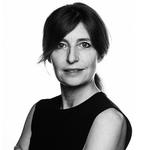 They close their eyes. Both of them. Lukas Graham and his mother. Standing close. Both with the same sense of loss.

Location Chicago, and a son who is a world star. Lukas Graham's mother Eva has travelled all the way from Copenhagen’s Christiania to the United States to experience and see her son's international success with her own eyes. A major concert over, they stand together and remember Eugene Graham - Lukas' father - who died four years ago. An intense private moment, clear to all.

But the fact that the picture exists is also special.

Special because the photographer has known Denmark's biggest current pop star, Lukas Graham, since childhood. Jens Welding Øllgaard, who is training to become a photo-journalist, grew up next door to Lukas in Christiania. This spring he shadowed his friend on tours around the world to describe the experience - all of it.

Their agreement is that Lukas can arrogantly wave him off if he doesn't want a camera in his face. But otherwise, Jens is with him all the way. When whisky is served in a private plane. When Lukas Graham goes on stage at Wembley in front of 80,000 people. In that special split second when he and his sweetheart are told they are expecting a little girl. And when it all just gets too much, and the world star punches his hand into a door in anger.