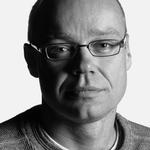 Everything seems to be in order as Timba, the club mascot, waves at the crowd and high-fives young supporters while FC Nordsjælland’s players enter the field on their home ground in the Copenhagen suburb of Farum. If the players do well, they may bring glory to the club and eventually fill its coffers if they are sold to a bigger club abroad.

But everything is not what it seems. Behind the scenes at FC Nordsjælland, secret agreements are turning the club’s African players from the Right to Dream football academy into pawns in a money game. The key player in the game is Manchester City, one of the world’s biggest football clubs.

Until now, FC Nordsjælland’s British owner and president has denied any official connection to Manchester City. But documents from Football Leaks reveal that a legally binding agreement between the two clubs was signed two and a half years ago. The agreement was to be in effect until April 22, 2020.

In the secret deal that was signed May 26, 2016, Tom Vernon, the British president of FC Nordsjælland, committed his club to giving up West African talents from the Right to Dream Academy in Ghana to Manchester City for free.

Wil van Megen, a Dutch sports lawyer and legal director of the FIFPro – the International Federation of Professional Footballers – is critical of the deal, because the rights to the players are handed over without them having a say in the matter.

“In such a situation there is no legal certainty at all. The player is not even a party in this,” said Wil van Megen.

In case Manchester City wants to sign one of FC Nordsjælland’s African talents, the Danish Club “shall be obliged to use its best endeavours to effect the transfer”, it says in the contract which was running until April 22, 2020.

“’Best endeavours’ is a contractual way of saying that you really have to do anything possible to make the players go there. Even though the players might not want to at first,” said Dr. Antoine Duval, senior researcher at Asser International Sports Law Centre.

Wil van Megen agrees: “ The risk is that the player ends at this big club because he is convinced to go there, even though there might be better options for him.”

In a reply to Politiken, Tom Vernon, FC Nordsjælland’s president, wrote that no player “has ever been, and will never be, forced to make any choice or decision in regards to their own future”.

“They have the final say on any decision they make on what club they join,” he added.

Tom Vernon wrote that the contract that was signed in May, 2016, has “not been in force for some time for reasons unconnected to your investigation.”

This does not mean, however, that the partnership with Manchester City has been dissolved. But Tom Vernon has not told us in what ways the agreement – that runs for another one and a half years – has been adjusted or which clauses are still in effect

Talents from the Danish league have previously been sold to foreign clubs for as much as 10 million euros.

But the agreement from 2016 means that Mohammed Kudus, one of the greatest talents in the Danish Superliga, may transfer to Manchester City for free: City may not have to pay his Danish club a penny for the 18-year-old Ghanaian midfielder who plays for last season’s bronze medallists, FC Nordsjælland.

FC Nordsjælland is only entitled to a decent share of the income from the next sale, if the English club decides to sell the player on.

For a former academy player like Mohammed Kudus, however, moving to Manchester City may not be a very good idea. Previously, the top flight English club has brought in at least 12 players from Right to Dream, but none of them succeeded at Manchester City. Instead, they joined smaller clubs all over Europe on loan agreements.

Two other remarkable clauses in the deal from 2016 are in clear breach of FIFA’s rules, several sports lawyers have told Politiken.

In 2016, Tom Vernon signed an agreement that FC Nordsjælland may not “transfer the registration of any Player without the prior written consent of Manchester City, which Manchester City may withhold in its absolute discretion”. It also appears from the contract that Manchester City would receive 25 percent of any transfer fee, should FC Nordsjælland sell one of the the African players to a third club.

According to FIFA’s rules, clubs are not allowed to make deals that make it possible for “any third party” to influence the sale of players. This rule is intended to protect players’ rights and make sure that all clubs have the freedom to make the best decisions from a football point of view. Similarly, it is not allowed to surrender a share of future sales to third parties.

But according to the sports lawyers that we spoke to, both of these rules were violated by the contract between Manchester City and FC Nordsjælland.

“That seems to be an overt case of third party ownership,” said Dan Chapman, a sports lawyer from the company Full Contact.

As Dan Chapman sees it, the deal gave Manchester City an illegal degree of influence, because the English club got an “an absolute right of veto over the academy player moving to a club of his choice.”

Fifa did not see agreement

In the past, cases about third party interference have resulted in heavy fines, and, in the most serious cases, also competitive sanctions. In a written comment, FIFA said that “we have not seen a contract” between the clubs from Denmark and England, but, if possible, “we will have a look at it.”

Finally, the deal also included a clause stipulating that FC Nordsjælland, when selling players from Right to Dream, must negotiate an agreement to allow Manchester City to later buy the player in question from his new club at a fixed price.

Confronted with direct quotes from the agreement between FC Nordsjælland and Manchester City, Tom Vernon replied:

“We are confident that we are in compliance with all relevant football regulations in our running of Right to Dream and FC Nordsjælland. No student was ever, and never will be, prevented from transferring from Right to Dream by any third party club, including Manchester City – and such a situation has never been discussed”.

Manchester City did not want to comment on the case.

Documents from Football Leaks reveal that Tom Vernon’s collaboration with Manchester City dates back to April 2010.

Back then, the club secretly began to sponsor his academy, Right to Dream, in Ghana. Manchester City committed itself to paying 850,000 pounds annually until 2020 – the amount was to be adjusted for inflation and is currently more than 1 million pounds annually. This was included in a 19 page contract.

In return for these payments, the English club was given the right to acquire the academy’s biggest talents for “nil consideration”, once they had turned 18 years old. At the same time, Right to Dream had the obligation to “use its best endeavours to identify and sign players (…) between the ages of 10 and 18 with the potential to play for the Manchester City first team”.

Asked why Manchester City have been given the right to cherry-pick African players from the academy, Tom Vernon explained that the financial support from the English club helps to make it possible for the young Africans to attend the academy totally free of charge.

In late 2015, Tom Vernon and an unidentified group of investors bought FC Nordsjælland. The intention was to give the talents from West Africa a more natural first step into professional football as it is significantly easier to get playing time in the Danish Superliga than at Manchester City.

But Manchester City were careful to make sure that they would still have access to the most talented West African players after Right to Dream’s acquisition of FC Nordsjælland. Documents from Football Leaks show that the English club’s leaders discussed – in internal emails – the wording of the updated agreement.

In an email from a club leader, sent December 14, 2015, at 11.10 p.m., the focus was on securing that Manchester City “have the right to sign any Right to Dream player from the Danish club, up to the transfer window following their 21st birthday.”

The email was concluded with an important point: “Free of charge”.