47 pictures depicting the despair of the Mediterranean crisis: They struggle. They fight to get out of the water. They strain to find something to cling to. Four of them drown

Politiken photographer Jacob Ehrbahn has selected the most striking photographs taken over the course of two weeks aboard the German rescue vessel Sea-Watch 2. 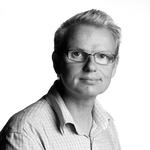 For a period of 13 days, Politiken photographer Jacob Ehrbahn and reporter Kjeld Hybel followed the rescue efforts of the German vessel Sea-Watch 2 whose crew of volunteers strive to rescue boat people stranded in the Mediterranean Sea, which has been termed the world’s largest mass grave.

The 47 photograph capture the reality of the Mediterranean Sea as it is today.

Last year 5,000 people lost their lives trying to reach Europe. Since the turn of the year, an additional 1,500 people have perished, according to official estimates. In the coming months even more will embark on the voyage aboard ramshackle boats and dinghies from the coast of North Africa. Even more will drown.