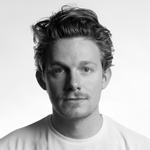 »The Russian side has always advocated for the preservation of the Arctic as a region of peace and cooperation, supported the efforts of the Arctic states to develop interaction with each other in various areas within the Arctic Council and other regional platforms. The military component of the Russian presence in high latitudes was formed exclusively for defensive purposes.

Russia is ready to discuss with its neighbors any aspects of ensuring stability in the Arctic. The Russian side has repeatedly noted that the previous practice of regular meetings of the Chiefs of General Staffs of the armed forces of the Arctic states was an effective security and confidence building measure in the Arctic. Such meetings allowed to avoid misinterpretation of each other’s military activity and contributed to the predictable development of the situation in the Arctic. However, judging by the statements of Ambassador C.Sands, now the United States instead of dialogue and cooperation relies exclusively on the policy of confrontation in the region, hoping thereby to achieve dominance in this part of the world.

Perhaps the logic of such American behavior is explained by the fact that the United States is not a party to the 1982 UN Convention on the Law of the Sea and, unlike other coastal states, cannot fully use the mechanisms of this international treaty to ensure its interests in the Arctic, inter alia regarding the extension of the national continental shelf beyond 200 nautical miles.

The United States also refused to become a party to the Paris Climate Agreement, which significantly limits the possibilities for their constructive contribution to the sustainable development of the Arctic.

The United States cannot present any success in the development of the region’s economic potential and Arctic shipping. As the result there is a sick attitude to large-scale investment projects of other states, as well as the advancement of various conspiracy theories and conjectures regarding economic activities in the Arctic of other states.

The Arctic is a unique region of the planet. Its successful development and the welfare of its inhabitants depend not only on the actions of each particular country, but also on the productive interaction of all states that have access to the Arctic Ocean.

The attempt by the U.S. Ambassador to Denmark to establish new guidelines for the development of relations in the Arctic contradicts the letter and spirit of the Ilulissat declaration of 2008, the adherence to which was confirmed by the Arctic states in 2018 during the celebration of its 10th anniversary in Greenland.

Allocation of financial assistance is the sovereign right of any member of the world community. However, accompanying such a step with statements directed against one of the neighbors seems inappropriate. Such rhetoric does not benefit the task of maintaining low tension in the region as well as securing good neighborly relations in the Arctic.