After three years of silence, Lars von Trier has finally decided to go back on record to say that almost all of his films have been written on a high of alcohol and drugs. Now sober, the director doubts that he can create anything of value. 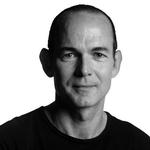 Lars von Trier’s films have been created in a state of intoxication. While writing his manuscripts he has put himself in a special state by drinking a bottle of vodka a day and taking ‘a drug’, he says, saying that this has been his way of entering a ‘parallel world’ – a special state in which ideas develop.

Now that he’s sober, Lars von Trier’s afraid that he has run dry as an artist and can only make ‘shitty films’.

“I don’t know if I can make more films, and that worries me,” the director says in his first interview since he muzzled himself following the controversy following the scandalous press meeting in Cannes in 2011, in which he said he understood Adolf Hitler.

He is in a state in which he is choosing between Lars Trier the man and Lars von Trier the director – and, as he says, ‘Lars Trier has prime place’ right now. Now, it’s just a question of staying alive by avoiding intoxicants. As a result he doesn’t believe that he is able to continue to maintain the artistic level that he demands of his films.