While Jakob Fuglsang was performing brilliantly on the European roads, the sport’s anti-doping watchdog was investigating the star based on »intelligence« about links to notorious doping doctor Michele Ferrari. Fuglsang has no comments. 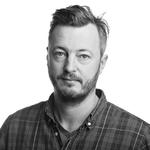 Danish Jakob Fuglsang – one of the world’s best cyclists – has been investigated for possible links with one of the world’s most notorious doping doctor, according to a secret report that Danish Politiken daily, Danish state television DR and Norwegian daily VG have read.

The 24 pages long report was commissioned by Cycling Anti-Doping Foundation (CADF), international cycling’s independent watchdog and written by a well-reputed external company. It is based on »intelligence« suggesting that the Danish sport star is linked to the banned physician Michele Ferrari.

»CADF intelligence indicates that Astana Pro Team cyclist Jakob FUGLSANG is under Michele FERRARI’s doping program, and that teammate Alexey LUTSENKO was present during at least one meeting between the two in Nice/Monaco«, the report says.

The Italian doctor is banned for life from working with any kind of sport following the unveiling in 2012 that he was the architect behind disgraced Tour de France king Lance Armstrong’s extensive doping programme including both EPO, testosterone and illegal blood transfusions. As a result, it is now illegal to use Ferrari as a consultant. Any breach of this ban may entail a two year ban.

»CADF has provided intelligence suggesting that Michele FERRARI continues to be involved in the doping of athletes at the Astana Pro Team and is believed to have travelled to Monaco and other locations to meet with the cyclists«, the report says concerning the suspicion against Fuglsang who is in fact resident in Monaco.

»Specifically, intelligence provided by CADF indicates that Michele FERRARI was present at the Vuelta a Catalunya with the Astana Pro Team in March 2019, has a base in Lugano, Switzerland, and has recently met with FUGLSANG and LUTSENKO in Nice and/or Monaco«, the report says.

In the battle against doping »intelligence« could come from whistleblowers or people who have witnessed something critical. This way of fighting medical misconduct is becoming increasingly common.

However, it is unclear how Jakob Fuglsang reacts to content of the report which he and Astana have been confronted with. After several days of dialogue the Danish star, Alexey Lutsenko and the Astana team in general have decided that they »don’t want to comment on a report based on indications and rumors as there is no official message from the UCI or CADF«.

Michele Ferrari has not responded to phone calls and text messages but Politiken, DR and VG have been in contact with his son, Stefano, who has worked as his fathers’ partner. However, he has not answered 11 detailed questions sent to him. Throughout his career, the Italian doctor has denied being responsible for any kind of doping although he was found guilty of it.