Against regulations, the father of the Danish football player Andreas Christensen appears to have been paid millions by Chelsea, working as a talent scout on paper. To recruit the greatest talents, football clubs cut secret deals with parents who stand to make a fortune on their children. 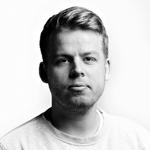 In the never-ending pursuit of the greatest football talents around the world, major football clubs have offered to pay parents huge sums to ensure that underage players end up in their club rather than the rivals.

Numerous examples of this have been documented by the whistleblower platform Football Leaks even though such deals are often in violation of the rules. Some of the documents concern the Danish football player Andreas Christensen and his father, Sten Christensen.

Back in early 2012, Andreas Christensen, then 15, was considered one of the world’s most talented rising stars. This also meant that he was much sought-after. After several offers, Andreas Christensen eventually signed with the powerful London club Chelsea.

He officially joined on 1 July 2012. But the young defender was by all accounts not the only one hired by Chelsea that day.

According to a leaked internal list of the consulting agreements in Chelsea, Sten Christensen joined the club as a talent scout on the exact same day – even though he has no real experience in scouting for young football players and even though nothing seems to indicate that he has done any work since then. He works as a goalkeeping coach in the Danish football club, Brøndby.

Among the names on the list, Andreas Christensen’s father received the highest pay and was set to be paid more than famous and well-reputed talent scouts: 11,400 pounds plus VAT every month for four years. A total of more than 600,000 pounds. In later internal emails about the Danish player’s contract negotiations with the club, the Chelsea bosses mention a »parent fee«.

Confronted with the information, the London club states:

»We do not comment on speculation concerning confidential contracts or player related matters«.

In much the same way, Andreas Christensen’s father is close-lipped.

»Listen, this is a story you’ve gotten from some Ukrainian or something. I have no comments on this matter whatsoever«, he says before adding that Politiken »had better not call me again«.

Dan Chapman, who is an experienced sports lawyer from the law firm Full Contact, regards such a scouting agreement as suspicious and estimates that it may cover up two things:

»Either the scouting payments were simply to disguise the fact that at the time he was the de facto agent for his son, but he was not a licensed agent. This means that Chelsea made payments to an unlicensed agent, which is a serious offence«, Dan Chapman says and adds:

»Or, Chelsea did not use an unlicensed agent and the player had no agent representation - in which case the payments to the father were unlawful parent inducements«.

The various examples in the Football Leaks documents of fees being paid to parents are connected to many different countries, but primarily England. And some of them concern players as young as 12-13 years old.

The documents paint a picture of several methods being used by clubs to pay parents of football talents. A job as a talent scout is but one of them. The money can also be paid as part of secret money transfers; through an agent; or by way of a supplement to the player fee.

»Sadly, I hear of far too many cases where some parents or family members choose to inevitably go for a guaranteed payment or other incentive, rather than evaluate the longer term benefits for the«, says Jonathan Booker, former General Secretary of the Association of Football Agents, who currently runs an independent, ethical sports agency.

There are clear rules in place in the Premier League to prohibit incentives being paid to underage players and their parents looking to join a certain club:

»No Club shall induce or attempt to induce a Player to sign a contract by directly or indirectly offering him or any Person connected with him or his Intermediary a benefit or payment of any description whether in cash or in kind«.

Contacted about the parent fees, the Premier League responds that it cannot make a statement on specific clubs and players. However:

»Should we receive any substantiated material that suggests our rules may have been breached, we will of course investigate and have a track record of doing so«, the Premier League notes in a written reply.

The Premier League is able to hire independent investigators to look into telephone and bank information as well as question the involved parties such as the club directors and parents.

On numerous occasions, the organization behind the Premier League has demonstrated that it means business when enforcing the prohibition. Recently, Everton received a fine of 500,000 pounds and a 2-year ban from recruiting academy players in other English clubs as a result of inducing a young, unknown talent and his family into signing a contract. In particular, the ban can be seen as a serious punishment.

The widespread family support of City

Manchester City also appears to have promised large sums to parents of football talents, according to documents from Football Leaks. For instance, the club intended to recruit a young international talent as evidenced by an internal Excel sheet containing minute details of the »financial terms«: »Family support in shcolar year: £125k«. On top of this, the player was to receive an attractive salary over the course of the contract period.

The young talent was the subject of intense competition, and by all appearances, this had an influence on the parent offer. As a Manchester City employee wrote in an internal leaked mail:

»I wanted to write these lines in order to tell you that [another big club, name removed] made a much better economical offer to [the player’s, name removed] father than ours«.

In the end, the player transferred to Manchester City. The same happened with several other talents, as evidenced in the documents, which indicate that the club offered money to the parents. In a draft detailing the terms of an agreement with a 14-year-old English player, the fee was itemized as ’family support’:

The player ended up switching to Manchester City. The same happened in the case of a European teenager as shown in an Excel spreadsheet with details of a contract offer. Here it was itemized as »family benefits« worth 350,000 pounds.

Manchester City has declined to comment on any questions related to Football Leaks, merely stating: »The attempt to damage the Club’s reputation is organized and clear«.

Use of fake scouts is common

Parents are only allowed to receive money as part of a deal if they act as the official agent to the player and are registered as such – and only if the player is above the age of 18.

However, it is forbidden to receive money as a result of being hired as a talent scout without actually performing any duties in such a capacity. Yet the use of fake scouts is common.

»We have seen it quite a lot that parents are hired as scouts so the clubs can use that construction as a way of paying them – even though the parents are not actually scouts«, says Dutch sports lawyer Wil van Megen, who is also an adviser to the International Federation of Professional Footballers (FIFPro).

He considers it problematic that the clubs pay parents to gain access to their talented sons.

»If you have the parents, the chance to acquire the player is optimized. Hoever, it creates a new problem when you can’t be sure as to why some parents advice their sons to go to a certain club«, says Wil van Megen.

The message from agent Jonathan Booker is that the proper football authorities must now address the problem – both in the individual cases and more broadly:

»For some the offer of an immediate ‘reward’ is understandably tempting, especially if the player and family come from a socially and financially deprived background. But this is no excuse for the authorities to not look into each case and address the underlying and long standing problem«, he says.