Nine women relate their experiences with the toxic working culture perpetrated and perpetuated by Lars von Trier collaborator and founder of Zentropa, Peter Aalbæk Jensen. Sexual harassment, degradation and bullying of mainly female employees have been an ingrained part of the renowned film company for decades. »I’m interested in testing boundaries«. 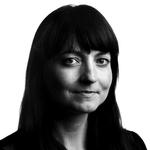 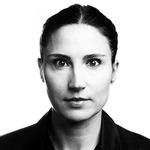 For over twenty years the film company Zentropa has dominated the Danish film culture, owing to its size, creativity and cinematic innovation. One of the largest film production companies in Scandinavia, Zentropa has been honoured with some of the most prestigious awards from Cannes, Berlin and Hollywood.

But within the walls of the Zentropa studio complex, known as the Film City, located in the Copenhagen suburb Avedøre, systematic degradation and sexual harassment have long been part of the work environment for many employees, both higher-ranking and trainees, whostay with the company for three years as part of the so-called Smaatte education.

In detailed testimonials, nine women have told their stories to Politiken, and the information has been confirmed by a number of other former employees’ observations, experiences and accounts. All the former employees have worked in the Film City in Avedøre and worked under founder and former CEO, Peter Aalbæk Jensen, who is highlighted by several sources one of the main figures perpetuating the system ofdegradation.