16 children – 16 photos: Click the black background and switch on their reality

Click through 16 photographs in which everything other than a child refugee has been removed. This could easily be central Copenhagen or downtown London. But it isn’t. And couldn’t be when you switch on the background to highlight their reality. 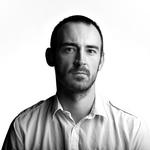 The 16 photographs in this series are interactive. We have erased the background so that the children are centrepiece. As they should be. Just children.

Click on the pictures below to get the context of their lives and see how these children live in the camps and on their travels around southern Europe.

See the story in danish

2016 was the Year of the Child Refugees.

Bare feet on cold roads. Worn-out boats on the verge of capsizing. Millions dreaming of a better place.

Weakest of them all were of course the children that this story is about.

About the many under-age children who in 2016 – with or without their loved ones – left what they knew as home and fled to Europe. About the lonely moments in the camps, and the endless marches along highways. Fleeing across rivers. In pouring rain under umbrellas. Confronted with painful barbed wire. Confusing police signposts that are not understood.

Here are 16 children. You don’t know them yet – and you see them alone in the world. But as you click on the pictures, and the backdrop appears, you can see what being a refugee child in 2016 really means for them.

Fleeing by land is the primary method of escape. Travelling along highways, and fields that are crossed in the dead of night. Many families with children tried to cross the border between Greece and Macedonia in May, but were found by the authorities and sent back to the refugee camps in Greece. Among others, this disillusioned family returning to the Idomeni camp in Greece.

We don’t know if she’s asleep or if she’s aware of escaping across the river. When she’s grown up she may be reminded of the episode – waves  breaking, hands helping. Almost 10,000 refugees were stranded in the camps of northern Greece, with desperation mounting for each day that passed.

As the barbed wire eventually stopped groups from travelling along the main roads, refugees found more daring ways to cross the border into Macedonia. Like here, forging a river to get to the north.